Palma is Planning the End of the Holiday Rental

Over the past few years, the tourism industry can be ranked as some of the fastest developing industries. This may due to the continued economic improvement and the rise in competition in the hospitality sector. Although the industry is growing at a high rate, to some extent its growth is imbalanced. This because the rate at which the number of tourists visiting various destinations is increasing is not directly proportional to the developments of infrastructures. Therefore there are inadequate resources and apartments to accommodate the tourist. This has led to hiking of rents due to the high demand for the rentals. For these reasons, most of the locals, for example In Parma end up suffering since they can’t afford the hiked prices.

Parma is one of the world tourist attraction and is popularly referred to us the Resort city. The city is located on the Island of Mallorca in Spain. The city is currently trending for being the first tourist attraction site in Spain to forbid homeowners from renting their houses to tourist. This measure is as a result of the locals complaining about the hiking rents due to the increasing number of tourist visiting Parma. 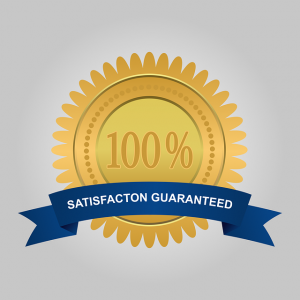 As stated earlier most tourism destinations are suffering from mass tourism which is leading to inadequate resources to sustain them. Due to this, the resort city of Parma has decided to impose a measure that will help in remodeling cities which are suffering from mass tourism. However, this measure excludes some areas. Therefore the measure is meant to reduce the number of tourists visiting the city.

What Is the Reason for This Decision?

Another reason that has contributed to this drastic measure is the deterioration of living conditions in areas that are mostly being visited by tourists. Noise pollution and misconducts have caused this. To curb further deteriorations, the local government has decided to reduce the number of tourist in this area by imposing this measure.

The urge to regain the cities order. Due to the massive influx of people visiting Parma rental apartments have been constructed even in unauthorized areas. In addition to this, the same houses are not licensed. Having in mind that it is impossible for the city to regain this order while it’s overpopulated, this measure is meant to depopulate the city.

Effect of Forbidding Homeowners from Renting Their Houses to Tourist

Most of the objectives of this measure will be achieved since they will be able to depopulate the city hence regaining its order. On the other hand, most local people will suffer since they depending on rents from their apartments.